Save energy with lighting management

Daylight sensors will make sure that the light is turned off when sufficient daylight hits the work stations. Lights will be dimmed according to the changing daylight without you having to lift a finger.

Papirbredden is considered a pioneer project when it comes to work facilities of the future. This type of energy-efficient construction calls for a different way of thinking during the project planning and focuses not only on the installation costs but also on the yearly energy consumption per square metre going forward.

Emphasis is on using as many of the same illuminators as possible, covering several lamps in order to make maintenance and service easier, and thereby save money!

Lighting is used as an architectural effect in the open and bright premises where recessed light rails from Tecario create lines in corridors and stairways. In the canteen on the first floor, Lunis R with circular prism covers have been installed, which creates a whole, and are in the same style as the other luminaires. Papirbredden 2 is one of FutureBuilts pioneer projects and being a passive house it is subsidised by Enova, a government agency under the Norwegian Ministry of Petroleum and Energy. 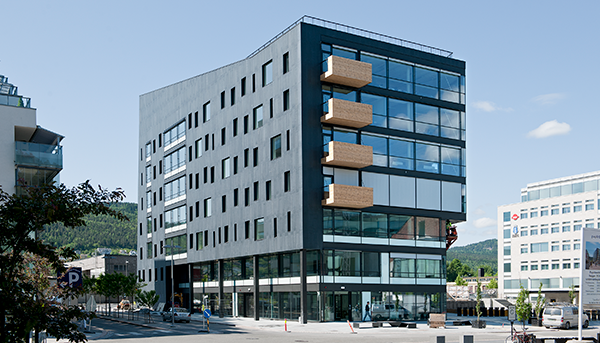 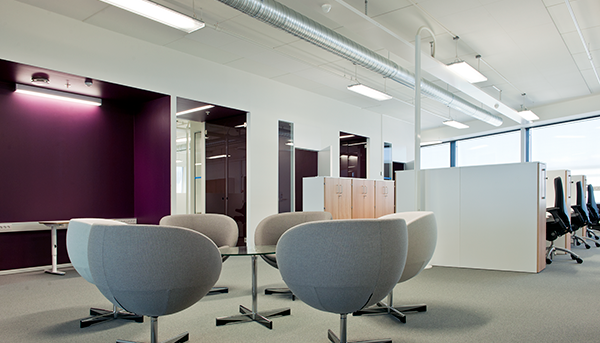 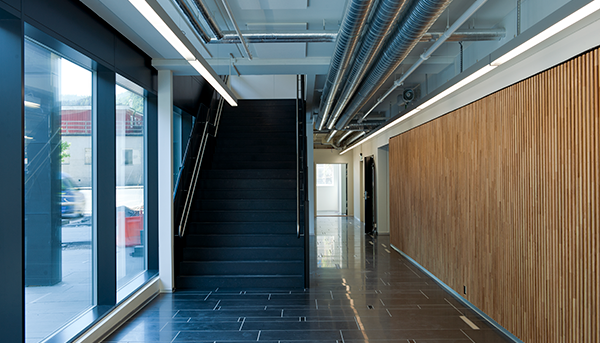 We're able to manage your projects to any extent you might wish. We can manage the entire process from beginning to end or only parts of the it

Tell me more about project management